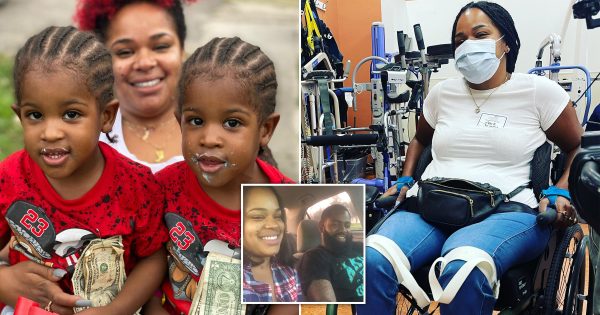 A Texas mom was left paralyzed after her ex-boyfriend brutally attacked her with a kitchen knife (Pictures: Kennedy News)

A Texas mom says she had to ‘play dead’ to save her children after her ex-boyfriend brutally stabbed her eight times with a kitchen knife, leaving her paralyzed from the chest down.

Brittany Morris, a 31-year-old mother, was in an ‘on and off’ relationship for three years with the father of her twin toddlers, Rondell Raman Malveaux.

After breaking things off in August of 2019, Morris says Malveaux showed up at her home in the middle of the night and stabbed her eight times with a kitchen knife, the Daily Mail reported.

As she was being stabbed, Morris said she pretended to be dead so her ex would leave without harming their twin sons. The young mother suffered near-fatal wounds to her neck, back, hip and face.

She was stabbed four times in the neck as well as in her back, hip, side and face. She was left completely paralyzed from the chest down.

Following the attack, Malveaux ran off, stealing all the phones from the home to prevent Morris from calling the police. He later returned to demand her car keys from her sister to allow a quicker escape, according to Morris, who said she ‘played dead’ the entire time.

‘I saw his shadow trying to get in my bedroom window with the knife,’ she told Daily Mail. ‘He kicked the front door wide open. I walked him outside and sat in the chair on the porch and he just yelled at me.’

‘He was like “So you’re done with me, this is it?” and I said “Yes” and then he just started stabbing away right into my neck to the spine and so I was paralyzed instantly,’ she said.

After he left, Morris’ sister knocked on neighbor’s doors until someone was able to call an ambulance.

The attack took place after he reportedly told Morris that he ‘didn’t want her to be with anyone else.’

Malveaux was convicted and sentenced to 20 years in prison at Jefferson County Court, Beaumont in March 2020.

Morris said he will have the possibility of parole in ten years, leaving her concerned for her safety and that of her children. In the meantime, she’s working on providing for her children.

The mom is working toward passing her driving exam to operate an adapted vehicle, which has handles for the accelerator and brakes.

‘For years I’ve driven my wheelchair everywhere – to school, to get groceries, to take my children to the park,’ she said. ‘You can’t do much without transportation because you have to rely on people. I have to get back to driving.’

She added: ‘I’d be able to find work and do more therapy because I’d be able to transport myself. I also wouldn’t have to depend on people to drive my children to school or do things for me.’

Get in touch with our news team by emailing us at webnews@metro.co.uk.

For more stories like this, check our news page.

Related Topics:featured
Up Next

Hollyoaks Spoilers: James Exits for a Life of Crime 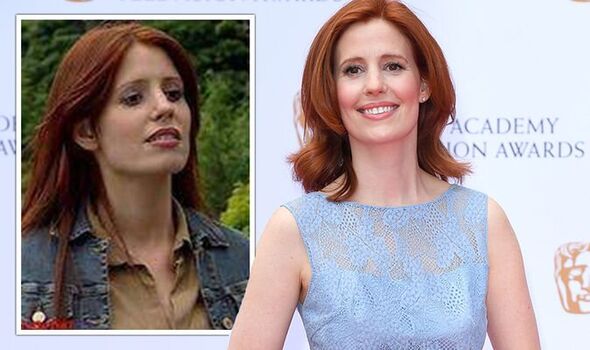 EMMERDALE fans will remember Chloe Atkinson left the soap back in 2005. Where is actress Amy Nuttall now?

Spiderhead Crawls With Intrigue, but Winds up Caught in Its Own Web 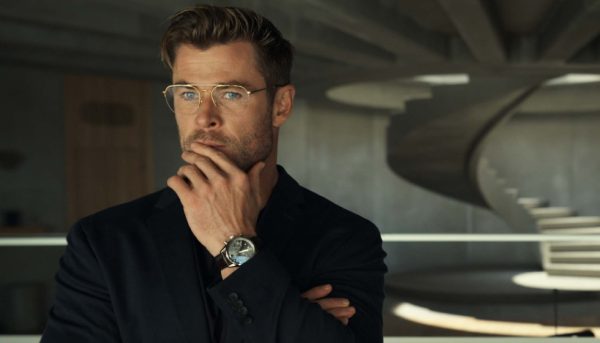 One of the oddities of the delays the pandemic created in Hollywood is actors and filmmakers having multiple projects come out close together. Director Joseph Kosinski just released the mega-blockbuster Top Gun: Maverick, which finished principal photography in 2019, and he’s back a mere three weeks later with the Netflix movie Spiderhead, starring one of Maverick’s lead actors, Miles Teller. This film is about as far away from that action-packed film as you can get,… 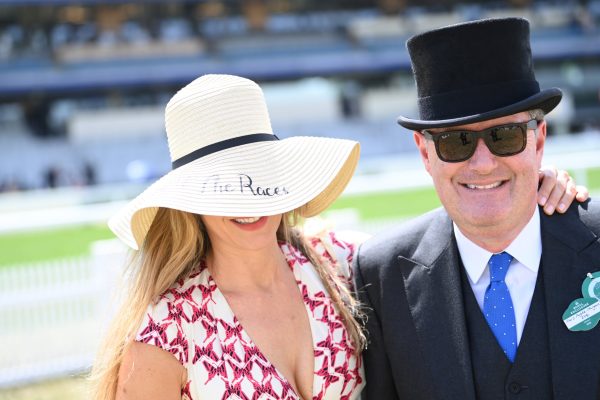 Piers Morgan and Celia Walden fought the heat to e joy a day at the Royal Ascot (Picture: Getty)

Piers Morgan and Celia Walden are Out Out for the day as they get ready to have their ‘body weight in alcohol’ at the Royal Ascot.

The presenter, 57, and novelist, 46, headed off to the races on Friday for the fourth day of the lavish annual event.

Despite the absolutely roasting sunshine, with England experiencing its hottest day of the year, the pair were well-dressed up for the occasion.

Former Good Morning Britain host Piers wore a full all-black suit, complete with white shirt and tie (and a top hat for good measure), but was pictured beaming despite the heat.

Celia meanwhile opted for a simple, flowing dress with a white-and-wine pattern, matching it with cream heels and a wide-brimmed hat.

Her summery hat – perfect for beating the heatwave – bore the words ‘A day at the races.’

Celia wore an airy dress for the occasion, while Piers was in a full suit and hat (Picture: Getty)

While the pair looked glamorous, they clearly planned a bit of a wild day out, as Celia hinted on social media.

Taking to Instagram on Friday as the couple prepared to enter the races, Celia shared a photograph of Piers in his top hat and the blazing sun to her Stories.

She wrote: ’33 degrees. Body weight in alcohol. What could possibly go wrong @piersmorgan?’

Celia joked about mixing the heatwave with alcohol as she snapped Piers walking up to the event (Picture: Instagram)

The baking heatwave proved so much that the strict dress code at Royal Ascot was lifted for the first time ever, with men allowed to remove their ties to help cope with the heat.

Another exception allowed spectators to bring in their own water and fizzy drinks to combat the uncomfortable temperatures.

In his photographs, Piers had stuck with the tie – but it’s unclear if it remained as the long, hot day wore on.

The Royal Ascot is renowned for its strict dress code, with men expected to ear waistcoats, ties, top hats and morning suits, and women told to wear ‘modest length’ skirts or dresses, as well as headpieces.

The strict dress code was relaxed this year thanks to the incredible heat (Picture: REX/Shutterstock)

Racegoers had been encouraged to ‘push the boundaries’ of fashion this year, hinting at a more relaxed dress code in some places.

And a spokesperson for Royal Ascot said: ‘The dress code has been relaxed – this means that racegoers will be expected to arrive compliant but can remove jackets and ties as the day goes on due to the high temperatures.’

They added that it was ‘rare to relax the dress code but common sense has to apply in extremes of temperature or weather conditions, for everyone’s safety and comfort.’

However, areas such as the Royal Enclosure remained strict, wth presenter Helen Skelton getting noticed for appearing to break the dress code this week.

She looked stunning in a hot-pink jumpsuit, however the halter-neck piece went against the dress code of the Enclosure.

If you’ve got a celebrity story, video or pictures get in touch with the Metro.co.uk entertainment team by emailing us celebtips@metro.co.uk, calling 020 3615 2145 or by visiting our Submit Stuff page – we’d love to hear from you.


MORE : Piers Morgan tells Amber Heard to ‘stop playing the victim’ as she speaks out on social media backlash